MASKS in a Pandemic!

This all went quite well, as I was also able to refer the reporter to others who had the perspectives he was seeking.  And so, as expected, the online version came out on July 10th, with the video also embedded in the online article. The video was OPEN CAPTIONED, at my request, so it was accessible to people with hearing loss as well as the mainstream.

I subsequently learned that the print edition came out on Monday, July 13th because my friend contacted me and said I was on the FRONT PAGE of the newspaper!  YIKES!

Well, my objective was to get this information out to the mainstream, and this sure did it!

SOOOOO - - - - Here it is - the online version, which also includes the video.

And here are photos of the front page coverage which appeared in several of the syndicated editions of the North Jersey Record. 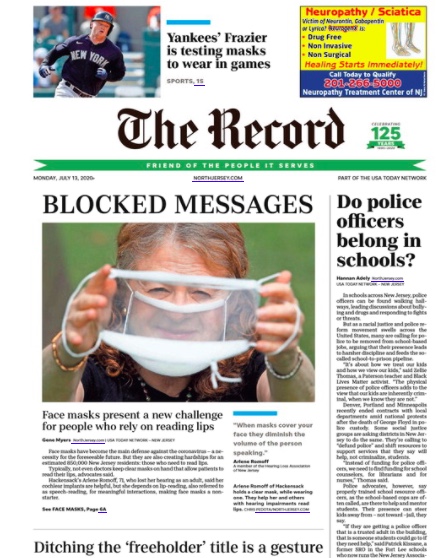 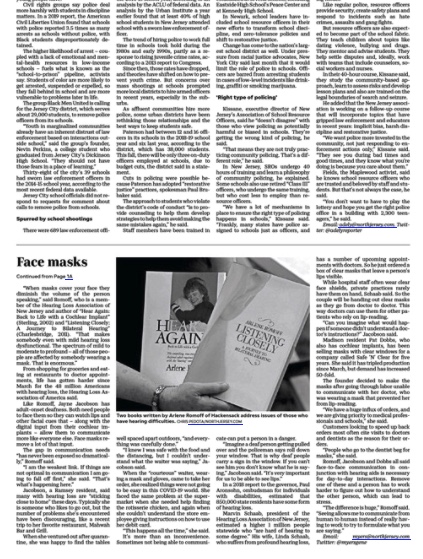 Posted by Arlene Romoff at 1:36 PM