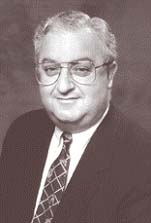 
And that brings us to the present – just as recently as this past weekend, Ira helped me participate in a cochlear implant convention – assisting in my booksignings and such. He took such joy in being that “someone to watch over me” – as if nothing had changed in 43 years.  Except today I’m on my own – but I’m pretty sure he’s still watching over me – and watching over you, too.
Posted by Arlene Romoff at 6:59 AM